Kopron – the new official supplier for Genoa, the eldest Football club in Italy

According to this sponsorship Kopron restyled the football team’s gym, they will even have a stand inside the Genoa Village (during the Spring Fair). Besides Kopron will also be involved in all the summer courses held by the Club. 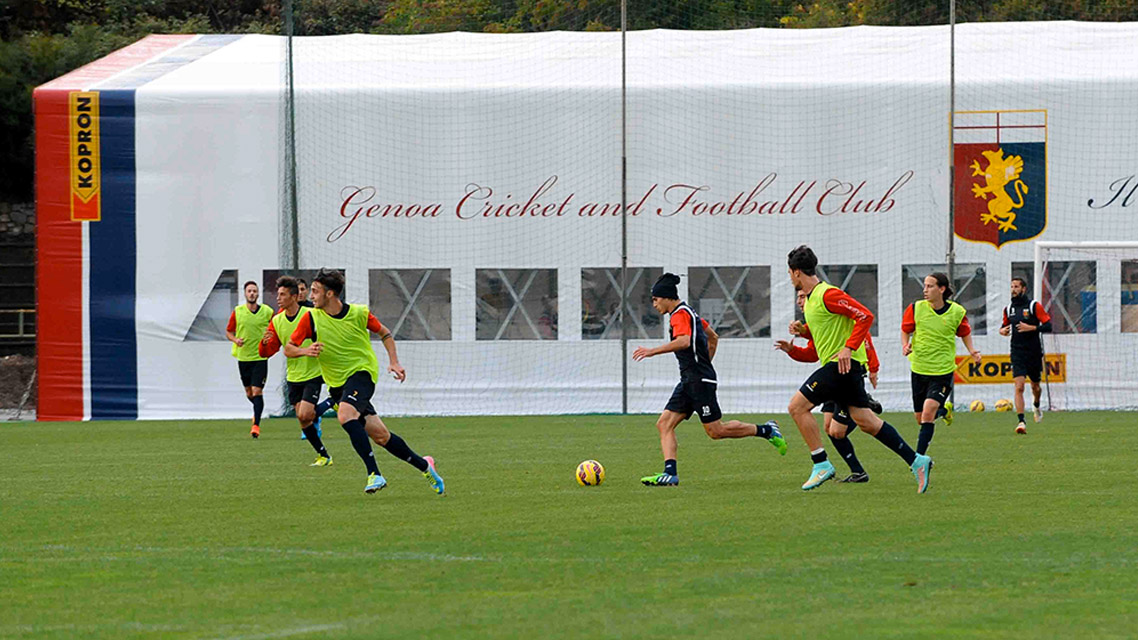 Sponsorship has been signed by Kopron CEO Mario Vergani and Genoa Cfc CEO Alessandro ZARBANO, with the aim to “create a mutually advantageous cooperation between the two companies”.

The sports tunnel, used as a gym is positioned along the side of the playing field, it is 450m² and 5 m tall. The front a rear part are closed with sliding curtains in PVC. Kopron had supplied this structure 10 years ago, it definitely needed to be restyled. The whole PVC covering was replaced, with 16 transparent vision panels in order to filter light. Design was totally renewed with the team identity colors giving the structure a nice look besides being functional.

Sponsorship will also mean for KOPRON to take part in youth sports initiatives of the Club:

– On the occasion of Genoa Values Cup 2015, a junior championship for young people from primary schools in Genoa and surroundings (during the Spring fair), Kopron will have their own stand inside the Genoa Village.

– Kopron will also be there during the Summer Camp 2015, courses held by specialized staff for training young football players.