A Kopron sales meeting held on the premises of Atalanta B.C. Greetings by: Mario Vergani and Maurizio Costanzi

A Kopron sales meeting held on the premises of Atalanta B.C. Greetings by: Mario Vergani and Maurizio Costanzi 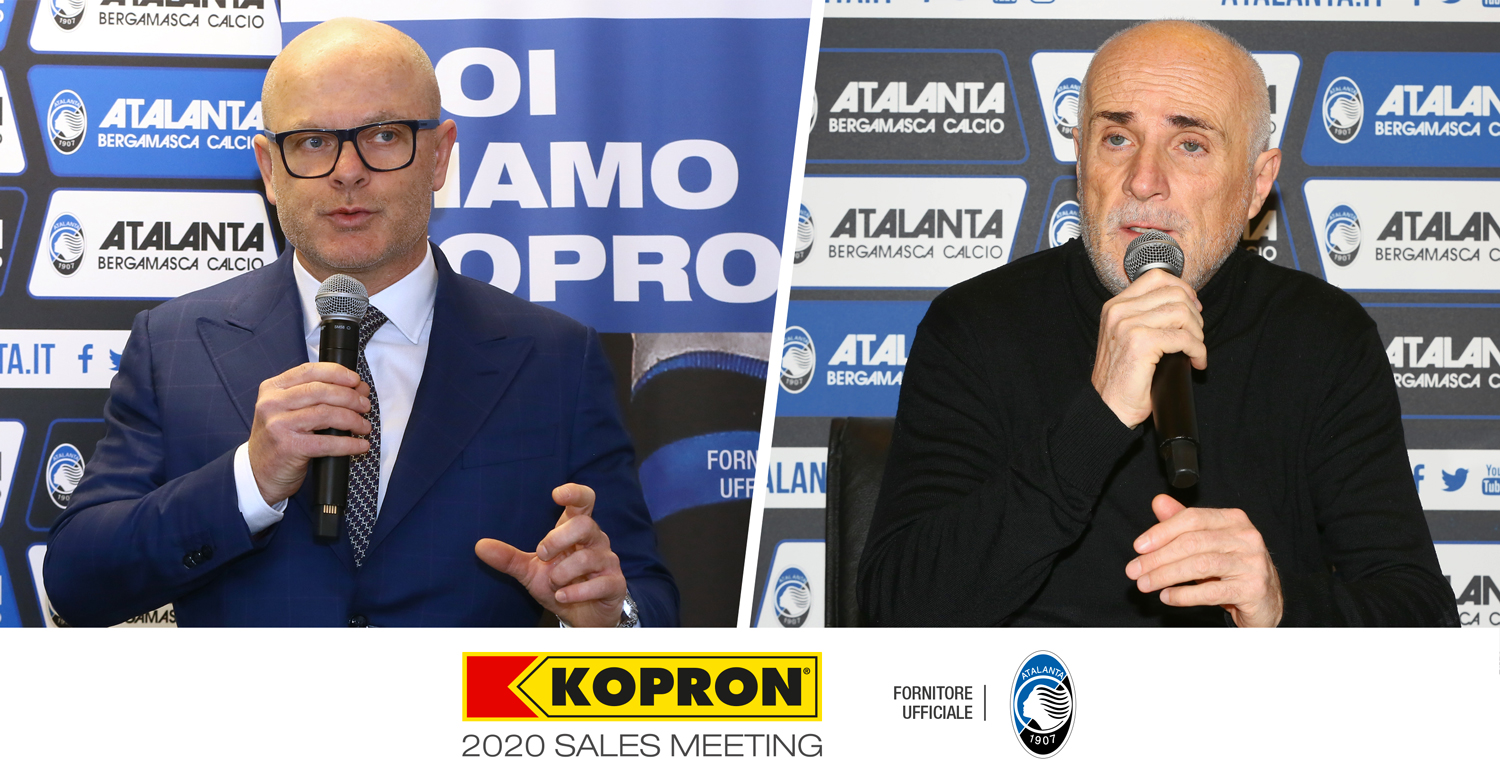 Goals achieved, important visions and product innovations launched on the market by the Kopron Group: many topics discussed during the sixteenth Italian sales meeting. Everybody was welcomed by Mario Vergani, President of the Group and Sales Manager, with Maurizio Costanzi, Manager of the Youth Academy of Atalanta. Paolo Vergani M.D. of the Group and 65 sales agents also took part in the regular convention.

Team work at the heart of the 16th Sales Meeting

Team Work was the main concept of the 16th Sales Meeting. Held in the Mino Favini Academy, the prestigious training centre used by youngsters, Mario Vergani himself, President of the group, opened the discussions:

"As the Atalanta sponsor we have chosen this location with the objective of it representing a form of stimulation in order to grow and develop together. Many similarities between the world of football and the world of employment to create a successful team. The talent of each single individual, yourselves, is a successful strategy for Kopron. Each single talent that is capable of working in a group results in our true victory on the pitch. This is why the slogan that we have chosen this year is We are Kopron."

Maurizio Costanzi, the Atalanta youth academy Manager, subsequently took the floor after having told, with extreme passion, the story of his contribution to the youth academy that dispensed across-the-board advice in order to reach ambitious objectives in every field:

"Passion for everything we do is vital. I always say that I never give orders but objectives to be reached and every individual, beyond the goal to be reached, should be a bearer of added value and innovation. Only in this way can we all be competitive in this setting of constant change."

The convention then continued with a sales analysis. An improvement in performance levels of the Kopron Group was registered. Growth was driven by an increase in turnover of the B.U. dedicated to the loading bays (+12%) and the foreign group headquarters (+15%). A positive trend was registered in the field of logistics in Italy and in all countries covered by Kopron. There are many logistic areas using Kopron loading and unloading technologies. Some of the most important include: GLP, Beiersdorf's, Akno, Zust Ambrosetti, Magnetti Building and many more. Sales in foreign headquarters have increased, led by positive figures from Kopron do Brasil (+22%).

Several company managers then took the floor. The most important product innovations included all three of the main product lines: Warehouses, Loading Bays and Industrial Closures. Through the introduction of new technical software it will be possible to develop mobile Kopron warehouses in special sizes and quickly. This will not only simplify the work of sales technicians but will fully satisfy growing demand. The loading bay division, with the P.M. Paolo Calvi, has highlighted the importance of the safety systems on the platform as a vital element. The production plant Manager of industrial doors, Enrico Bambace, pointed out how our “tailor-made” production is very much appreciated on the market by end users. The new B.U. Engineering (offering services  as General Contractor) through the General Manager, Camillo Mastrolorenzo, illustrated the objectives of the current year and future goals to be achieved. A delegation of representatives from foreign headquarters was involved to tell the story of trends in their respective markets, in an attempt to introduce ideas and interesting stimulation for the domestic market.

The meeting ended perfectly in line with the motto of the meeting: “We are Kopron. We are One”. Support provided by the entire group was vital to achieve positive objectives and will be increasingly important to reach ambitious goals.